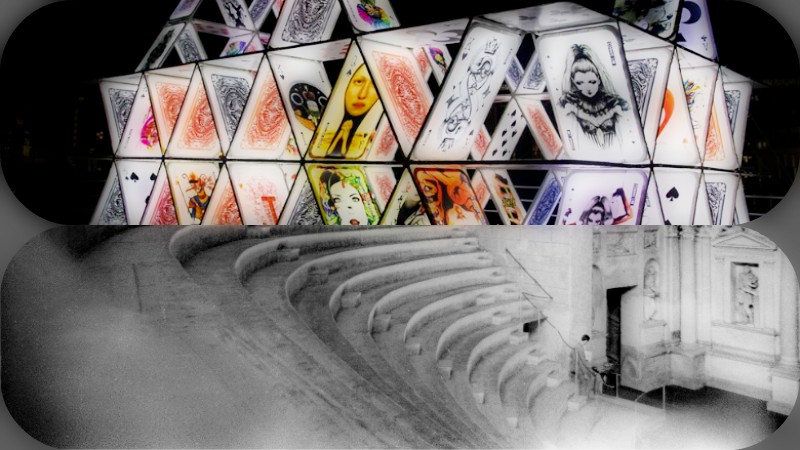 “It is called a post, we call it a performance.
It is known as a blog, but in The Neighborhood…
we call it The Show.”
– Kendall F. Person, Creator

For three straight years, The Neighborhood has entertained an underground audience with originality, imagination and a social conscience, that has attracted readers, thinkers, writers and artists – by the thousands – to take part in a mini-revolution within collaborations of knowledge & the arts. Built on an all-inclusive foundation of respect, delivered under the spotlight of ‘the underground’s biggest stage’ in breathtaking performances, found nowhere else. Scores of writers, visual artists, animators, short film makers, recording artists and volunteers have shared their beautiful work and valued time, in exchange for being a part of something different, a part of history (hence, the paper trail) – big or small.

(video) Season IV RAW Opening Day would be an extravaganza.
22 Artists from 6 countries on 13 stages

“it has always been history in the making.
even if it is not history yet.”

An On & Off Stage Destination

#TAG: a 9-edition Anthology on Leadership & Authority, a very serious topic and mission, but The Neighborhood’s creator – would find a way to make it artistic and fun. And he, along with 9 other contributors, would do so in a literal game of tag.

Personal stories would also find a home.Stories of inspiration, like the ones told in Family, and stories of desperation, like the one lived  in When the Abuse Stops, The Neighborhood would become a safe place for everyone to feel at home. Told via poetry, essays, editorials and short stories, accompanied by the visuals of talented artists and the wonderful songs of underground singers and musicians, no subject matter was off-limits or taboo, without flinching from the subjects’ biting reality, nor fused with biased or intentional offense. But it was the gift and brilliance of the writing, found in places like Vantage Point and inside thepublicblogger’s Short Story Vault with titles  like Race, The Problem with Gay and The Right to Life (to name a few) that  so beautifully demonstrate, how thought-entertainment, could start a dialogue on finding real life solutions.

“The Neighborhood is more than a blog, it is a community.” – Robert M. Goldstein

When Person declared August 15th as ‘Our Day Peace’, its success would solidify, it had become a movement, without feeling like one, as no singular demographic could define it and claim it as its own. Peace Day would spill over into social media, specifically Facebook, and establish an equal but different image of itself via thepublicblogger Facebook Page. It would also begin to show an influence. When Peace Signs Up by Carlethal feat. Bridgette Cooper was selected as the Official Theme Song, the one-year old video had less than 2500 views. In less than a month, its number of views would  skyrocket, rising to more than 70,000.

The Lives We Live became a turning point. The very first reality show within social media & a blog, would raise the profile via the FB Page, offering an entirely new and bigger audience. But it proved to be a different audience, as well. Thepublicblogger had become quietly known for its captivating writing and inspirational prose, so in effect, its relative but very visible growth, had created two distinct ‘divisions’ the entertainment of The Shows versus the knowledge exchange of the writings.

By perfecting the template from Lives, putting a new spin on thepublicblogger Awards and engaging the diverse group of artists, that had become an integral part of The Neighborhood shows, Person would develop A Star is Born, and produce it with the drama and excitement of a Hollywood-industry event. It would engulf both neighborhoods, and it became clear that many of the most loyal and long-term neighbors of the blog  and readers not engaged via the FB neighborhood, were coming  back for the literature and mixes of art, not the Shows.  Person would be faithful to them as well, continuing to deliver articles, but it would take an around the clock effort, to keep the house of cards from falling.

The 3-month hiatus, was meant to start attracting sponsors & donations and begin developing from the business end. The new frontier was not for Person’s own benefit, although most of us would like to live comfortably and earn our living, while making our contribution, within our passion, but because, The Neighborhood had reached its limit on how much assistance it could be to the artists and how high it could soar, without a flow of revenue. Plain and simple. But Person was already the marketing and video department; concepts & production, recruitment & engagement, writer & editor, and a bridge builder in peace and respect. And wearing another hat – of such detailed importance – was never going to work, and part of him knew that from the start.

The Neighborhood was built as a collaborative, a win/win partnership where artists showcase their work to a larger audience (a few came to study and others, simply to hangout). Over 50 artists worked on A Star is Born, in some cases, giving  it everything they had, even at the expense of their own personal or professional identities. When the show ended, each had their own dreams, that required attending and pursing. But it also meant, an entirely new team of artists had to be recruited  or discovered (the newly minted art director Robert M. Goldstein was off to a great start) And Person would need time to not just establish his own identity as a writer, but also, the readers and fans of his novels, have waited 20 years for the 4th & final book, he has promised to write.

A tall order and only 3 months, in which to fill it. But his imagination would not stop, giving rise to The MIND + GAME Show, a groundbreaking new venture – postponed not cancelled – would rev up the engines, forcing an error of judgement, by still thinking with the left side of the brain (oh how we love to create), when the right side is currently needed.

In 3 years, as thepublicblogger: Producer, creator, and public identity as the online address and FB & Twitter Pages, and as The Neighborhood: Host of the shows,  director of the artists and leader of the movement, and as Kendall F. Person: writer & editor, thinker and head of an organization’, it would become the first time, the trio were at odds,. The internal ripple effect, would collide with  the unbending parameters of time, resulting in a reality check and halting the fall of the house of cards.

“The Neighborhood is the home of creativity! Truly, I’m humbled and honored to be on this list with so many talented artists and all around good people! I appreciate the opportunities, interaction and support.” – Kelly Lewis, Los Angeles

← DEBUT of The MIND + GAME Show Has Been POSTPONED
MENTAL HEALTH AWARENESS: You Are Not Alone → 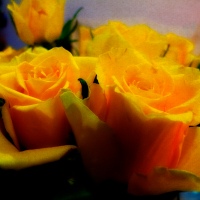 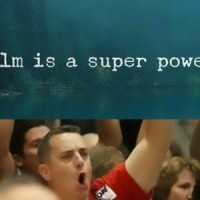 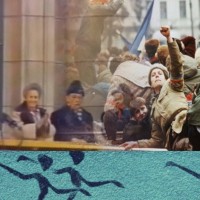 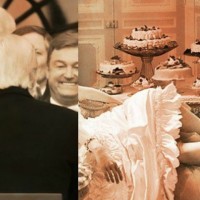 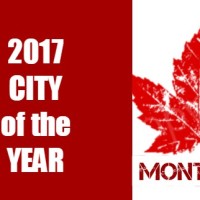 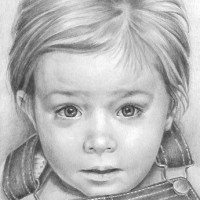 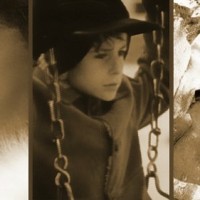 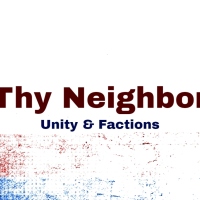