Dissociative Identity Disorder formerly known as Multiple Personality Disorder is a rare, complex mental illness, still debated in the healthcare industry, but thought to be a coping mechanism for violence inflicted, that was much too great, for the singular mind to handle.

I had only lived in Robert M Goldstein’s world for less than 24 hours,  but that was all it took, before I had become a nervous wreck. Trying to understand a mental illness, that divides the mind into its own society, giving rise to new personalities, as alternates to self, completely real inside the head, but all named Bob to the outside world. Reliving Bob’s past with an abusive and narcissistic mother, trying to determine one alternative from the other, not even knowing if Robert M Goldstein was a man or woman, and during our back and forth written communication, wondering which one it was… became nearly too much.

Years ago, I served as an Arts Commissioner with the City of Sacramento, and during my term and a half, I would gain comprehension of the absoluteness of an artists. To paint or write or sing or dance was not something they did or a weekend hobby, but it was a passion, deriving from the essence of their soul, and broadcast to the world as a picture or a song.

My alternatives use different styles in the way they write, but they share a certain tone of voice. That singularity of voice is my true self. – Robert M Goldstein

And slowly I would begin to understand, that it did not matter which Alternative had looked through the zoom lens, the picture captured and the art created, is the contribution of a singularly artist, with multiple perspectives, imagined or not. 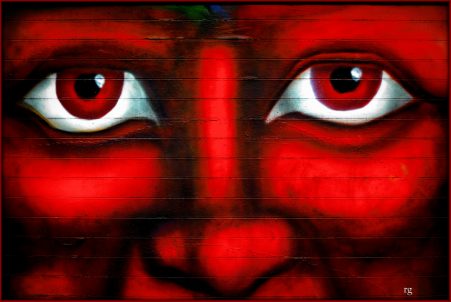 Love is a Verb

As an adult survivor of sexual abuse, I say this from experience: Before one can stop being a victim, one must accept, that one was a victim. What you are describing is the “false victim’… it is a mask designed {to hide} the real pain, that for many survivors is so overwhelming, that it often feels like dying. – Robert M Goldstein 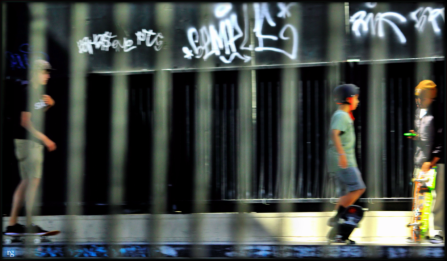 Every photograph, two of the captions and even Billie Holiday, was personally selected or written by Robert M Goldstein. Artists Collaborations within The Neighborhood, traditionally have not given an individual artist so much control. However, I thought the essence of the mental illness, created its own exception.

After receiving the above photograph, my mind tumbled backward for just a moment, as I pondered, “Which Alternative to Robert captured this moment, and was Robert somewhere in the crowd, moving among, but invisible to the people, because the mental illness of Dissociative Identity Disorder, had an Alternative in Robert’s place, existing as someone else?” But then I read the title ‘United’ and decided, to let that be the answer to my question. 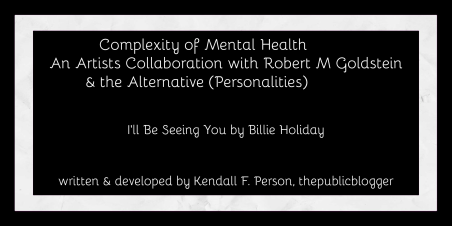 A very special thank you to Art by Rob Goldstein

60 Comments on “Complexity of Mental Health: An Artists Collaboration with Robert M Goldstein & the Alternate (Personalities)”