Why do we teach or try to impress upon the young artist entering The Neighborhood for the first time, that “perfecting our craft is not enough, we must learn to master it?” The explanation is quite simple, comprehending what it means, is a challenge that few dare enter. Mastering our talent, rather God-given, acquired through dedicated work or both, allows us the freedom to try new things, to break what we believe are still the rules, and at last to use our imagination to evolve our art into something new. And art is music and writing and painting and dancing and composing and filming, among so many other things, so by mastering ours, we become more learned in the other genres of art, as the same relative dynamic applies.

“Holy shniekies! If someone would have told me my first title in The Neighborhood would be for being sexy, I would have figured I was having an aneurism.” – #8 Ned Hickson

We are so accustomed to his polished style in delivering humor in everyday talk, we may not have taken his words to heart, during the Celebration held in his honor. Sexy was difficult for everyone. But for the entertainers in the show, many of which carry the bravado as a public persona, were simply wiped out by the weekly challenges of sexy (but in name only, more on that later).

Diamond-covered Kryptonite is how the word sexy evolved on stage. Everyone wanted it, but thrusted upon them. The true mission of the NUMBERS show, became clear in THE FINALS, as it was never about sexy, but about being able to define ourselves as men, as entertainers, as artists and thinkers, whatever the word or situation we find ourselves in. But sexy – the word – could not be overcome, most evident during Poetry Night – the blockbuster round of the entire show. A gift of diamonds to the rappers, but received as kryptonite, destroying their confidence, as two including the headliner, did not take the stage, even as their fans looked on.

But Ned Hickson has mastered the art of humor – his craft – giving him the edge needed – as he was also uncomfortable throughout the 6 week engagement – but he rose to the occasion as he understood he was in a show and as a Performer, his job was to entertain them and deal with the uncomfortable of sexy, upon exiting the stage.  33 of the 35 balloted numbers allowed a word to defeat them in an arena, they believe seeks them. Lesson learned. 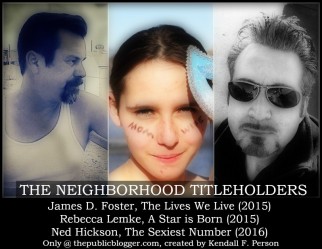 Runner up Thomas Lemke’s  all-guts-no-glory performance of just he and the camera, was magnificent, but he was either humiliated or humbled in the public vote,  as he too was overwhelmed by sexy, virtually telling no one, of his amazing performance. But no shame to the young Ace, for in the end, he was the only other Man whose nerve did not crack on center stage.

A fitting finale: veteran performer Ned Hickson’s swallowing of his young opponent, would serve as a teachable moment: the grasshopper was being schooled. Bravo.

A shout out to Lead Jude Kelly Lewis and her Panel, and to the Chairs Kendrick Merk Nichelson and Fran Daddy & his Inner Council for their controlled professionalism, artistic opinions, and elevating the show with respect and dedication.

A shout out to all of The Neighborhood Artists who came home for the Celebration. It was breathtaking and perhaps for the first time, it gave the public a pitch-perfect view of the depth of our collaborative of artists. 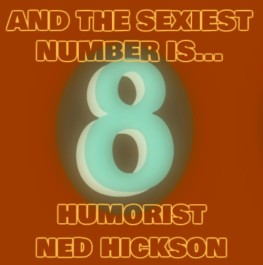 But the night belonged to Ned Hickson, and the quiet victory seemed appropriate,  as his dynamic win, eclipses defeat of old.

Who is The Sexiest Number? Now we all know…  it is #8 Ned Hickson.

Category: noncategory      Tags: #8 Ned Hickson Proves 49 is The Sexiest NUMBER of Them All, kendall f. person, master our craft, The neighborhood show, thepublicblogger, Thomas Lemke, Who is The Sexiest Number, word of the day 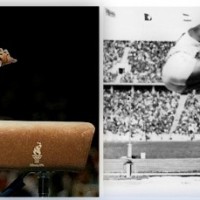