CAKE? I DOUBT THEY THROW BREAD. 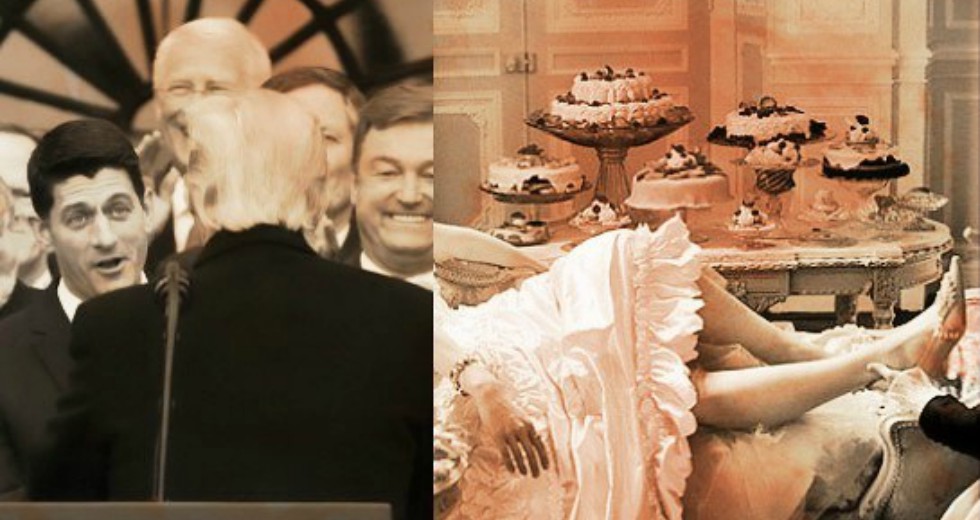 CAKE? I DOUBT THEY THROW BREAD
by Kendall F. Person

It was during the French Revolution – as the story goes – upon discovery that the starving peasants were out of bread, Queen Marie Antoinette made the profound announcement “let them eat cake,”  Both debated, however, rather she said it and if so, what was meant by it. Was she so removed from her people and the struggles of the kingdom she ruled, that her words were cavalier as she noted all the cake in the room? Or did she look around at all she had, and the mounds of cake leftover from the decadent affair for the ruling class, and ordered it to be delivered to her subjects so they would have food to eat?

In the end, it doesn’t matter. Let them eat cake has come to symbolize the emotionless greed of the oligarchs in charged. And after the sweeping tax cuts heralded by Trump and rammed through by the GOP,  I doubt very seriously if those greedy, cowardly ‘leaders’ on the hilly swamp would even throw their subjects bread.

5 Comments on “CAKE? I DOUBT THEY THROW BREAD.”