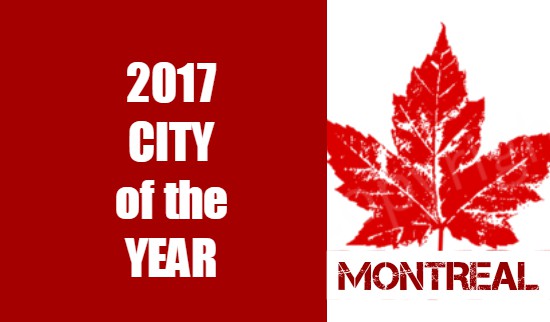 Without a doubt, Tampa had played the game better than any of the other 31 cities. When Tim Bare knocked out Sacramento, he set the stage for a demolition of The Neighborhood’s old school cities. Denver, Philadelphia, Chicago, Lagos fell like dominoes in the first round, all but assuring a new city would win the crown.

Two months later and with the disqualification of Baltimore, Tampa Florida had only one more round to go, but it proved one round too many and they would fizzle on the underground’s biggest stage. The main player Michael John Mele, the co-MVP Tim Bare and even the Team Captain Kelly Lewis were unable to capture a solution and rather than stand on all that Team Tampa had accomplished, they instead vanished without saying a word.

But how limited the imagination or how little did they understand the game. From the very beginning we knew, that only one city would find a way. And while the City of Tampa goes down as the biggest choke artist in The Neighborhood history, the City of Montreal pulls off a stunner and not only soars to victory, but makes a contribution to society in the process.

CITIES: THE CHAMPIONSHIP ROUND
‘THE SOLUTION’
developed by Kendall F. Person

Montreal has always been a haven to people coming from all over the world. It is a place you can be who you need to be and not feel unwelcomed. But what happens when you get there and there is no vacancy or rooms available. What happened to that friend who said they would be there? Or the job that was promised no longer existed? What about the drug addictions that dried up all your money? I hate to think that homelessness has to even be a part of this beautiful city. I think about the winters and how cold it gets. The summers are not like California, because rain happens in the summer time. I think about the people, the children, and my heart breaks and folds with sadness.

In 2015, a survey was conducted, and it was found that 3016 people were homeless in Montreal. These were the key findings according to CBS News Montreal:

A new term was coined during this process, “hidden homelessness”. “In the West Island, what we’re told is that there’s no street homelessness at night to speak of so that’s why it’s important to do the day centers, where in fact you might get young people couch surfing in the basement of a friend,” said James McGregor, the general manager of the project.”

But what are the solutions? I say solutions as there must be more than one way for the city to help its citizens How can we place the solutions in real time? There are centers that handle the long-term needs, but what about immediate needs?

A video from CTV Montreal News, shows organizations coming together to help with medical problems for the homeless:

This is a solution to a real-time problem, but as stated earlier, this is a long-term answer. A new organization helps in a different way, the name of the organization is Montreal Gives. Launched January 24, 2014, it looks for support from people who want to do things now. Their Facebook page says, “This is a chance to get involved in charity events happening all over Montreal”.  Some quick solutions are what is needed at that moment. A snowfall, extra blankets, winter is approaching, and a quick outcome is needed. School

supply for the school age children, this helps to equipment them early with tools they need to be successful. Sasha Layne, a contributor to this performance and a Montreal Gives founder, with a “real time” solution is that she is organizing her annual homeless drive right now and will take place during the coldest month of the year, January.

Montreal Gives is a movement, growing momentum to support the city like a superhero, acting quickly while the capes of many people flap boldly behind them.

While Tobe Damit’s return was a fizzler, Team Montreal was dynamic. It gives me great pride to introduce – on behalf of The Neighborhood –  we proudly present….

The Champion of CITIES & the 2017 CITY of the YEAR

Congratulations to Sean Rowe. His memorable and ultra reflective song To Leave Something Behind was named The Neighborhood’s 2017 Song of the Year

To Leave Something Behind
by Sean Rowe

One Comment on “CITIES: THE CHAMPIONSHIP ROUND – MONTREAL SOARS; TAMPA CHOKES”