By chance, I came across a news radio program based in Michigan, with a format similar to PBS Newshour, only it was on the radio like NPR. It was during the 2016 US Presidential campaign, so the conversation was civil, yet intense. But it was the voice of a random voter – a working mother, active in her community, who should have set off the alarms in both camps. A Republican herself, who was backing Trump, was relatively calm until questioned by a lockstep Republican, as to how could she support such a candidate. The working mother exploded. “I voted for Democrats! I voted for Republicans! And none of them have ever done anything for me. Maybe I’m wrong, but I have to try something!” then silence overtook the airwaves. No one on the highly decorated panel, knew how to respond when the politically-induced emotional void was laid bare and exposed…. on live radio.

Hamelin Town’s in Brunswick
By famous Hanover city;
Washes its walls on the southern side;
A pleasanter spot you never spied.
But one day… RATS! infiltrated
[A temporary disruption of Town serenity;
LISTEN! to the deal you made.
It’s a huge mistake!]
– The Pied Piper 2017

When the robots took over, humanity became giddy and all a flutter. The world wide web was an innovation for the ages. A new way to conduct business, with new tools to aid us in mastering our chosen craft. With the power to stream movies, bid for vehicles and find a bride, few would understand, the power of its dark side.

Before the robots took over, we called one another on the phone and when we were in a car, having dinner or walking in the park, the person we were with, had our full attention from the start. Embedded social graces, enabled a normalcy of pleasant exchanges, held together by an undefined common thread of public decency.  But the robots gained power, by controlling us through sound. We may never return an old friend’s call, even though hearing their voices in the voicemail message, made us smile. Yet, when our smartphones ‘ding’ we snap to attention, bringing Pavlov’s Dog, back to relevancy again.

But voids, however, do not last for long; the vacuum affect assures us of that. When cities collapse, it is crime and despair that moves in, rarely replaced by the sweetness of song. But the two political parties seemed content in exchanging power, ignoring the concerns of the Michigan mom and all other demographics. Too zoned-in on an insider’s battle, to note – no music this time, only anger and lies –  but their constituents were being led away.

Aside:  Too High a Price – originally slated – was a completely different; fact-based reporting. But after deleting the 12th draft, I understood why it was all wrong.  I remain firm in my belief, based on facts and what we see, that President Trump is incapable of thinking of anyone’s interest other than his own. But where would I tell converters to go, when all of the nation’s leaders are either participants in or watchers of… The New Pied Piper Show

[And when the Piper played his magic pipe]
Out came the children running.
All the little boys and girls,
Tripping and skipping, ran merrily after
The wonderful music with shouting and laughter.
And the Piper advanced and the children followed,
And when all were in to the very last,
The door in the mountain-side shut fast.
[And The Pied Piper got wanted he really wanted]
– The Pied Piper of Hamelin

Referenced and Suggest Links
The Rachel Maddow Show: Donald Trump’s Behavior Hurts The Presidency, But He Doesn’t Care,  (excerpt quote) (MSNBC)
The Neighborhood part 1/2 The Good Troll
SCRIBD: Cable News Rankings as of July 5, 2017
Psychology Today: 5 Types of Extreme Narcissist (and how to deal with them)
Robert Browning: The Pied Piper of Hamelin

← THE GOOD TROLL
MARCH OF THE FLAMINGOS → 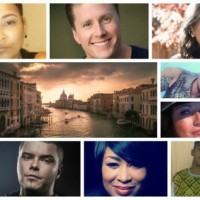