Note to Audience: Eugene, Oregon and Sacramento, California provide the backdrop for a precautionary a tale told two cities. One is fact. the other is fiction. However, the use of the hybrid narrative (my favorite performance device) is not to confuse, but to overwhelm in a subtle form of chaos… much like gossip can.

From 2012, GOSSIP is the 1st in a collection of more than 20 short stories. However, it is one of only two, originally penned under thepublicblogger. – KP

Fire and swords are slow engines of destruction,
compared to the tongue of a gossip. – Richard Steele

Mind Control
Eugene, Oregon
No one knows what was in her thoughts. If she told you that she knew, there would be some doubt in those words too. But what is known, 11.068 seconds after the starter fired his gun, is that it no longer mattered what she thought, because now, her thoughts were no longer her own.

Gossip begins in the mind, as quiet little voices in our heads. Initially, the voices are turned inside, and aimed only at its hosts. They begin by inducing doubt, “you can’t do it,” or “they will laugh at you if you try”, then move deeper toward internal destruction by forcing doubt to turn our minds inside out.

An unknown athlete, outside of the tight-knit world of track & field, Jeneba Tarmoh had nothing to lose. So she jogged in place, awaiting the starters’  familiar call of “Runners take your mark”. She, along with,  seven women from around the country, did as they were told. The sold out crowd of over 18,000 fans fell silent, as the selection process for determining the coveted title of worlds fastest woman was underway. Butterflies in Jeneba’s stomach came to life, but she maintained her calm, keeping her eye on the goal. The goal was reaching the London Olympics, and in order to do so, she knew she had to run the race of her life. 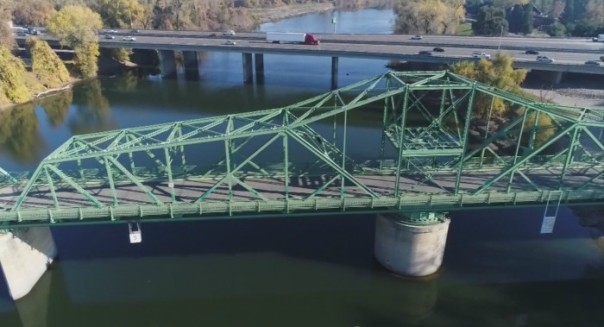 Sacramento, California
Sandra Richards  had lived in the River City all her life, but had never been in this part of town. And she never would have imagined, that she would. But five years in, her losing battle with addiction, had her doing many things that she never thought she would. So she stood in line at the womens’ shelter, hoping to get one of the few beds for the night. She was exhausted and cold, but mostly, she did not want to fight with anyone or even herself, on this night.  The shelter was far from comfortable, but the guarantee of a hot shower, warm meal and being able to sleep without fear of being bitten by rabid raccoon or fighting off troublesome tweekers, was about all of the goodness she could ask.

“Get set.” The eight women rose with the starters command in mind-blowing synchronization. Jeneba was locked in position – and in fact – locked on target. The sound of the gun substituted for the word “Go”. The subdued crowd exploded to their feet, cheering with unbridled excitement as the American women raced, like lightning, down the track. Her mind went blank during that run. Only the sounds of her heartbeat, and even that she had under control. But if only the world we live in, could be managed in short blasts of time, we could each control our own destinies, without fighting those voices inside our mind. 11.068 seconds. That is all the time it took. Jeneba Tarmoh had crossed the finish line in 3rd place, earning, through hard work and dedication, her spot on the Olympic Team. But before she could complete her victory lap, her celebration was cut short. A dead-heat for 3rd place, was the unanimous call of the judges, forcing an unheard of runoff between two women, since there was no such thing as 4th place in gaining an Olympic berth.

Sandra was the third person from the front, when she was yanked out of line. David O’hare Watson – a name much to big for the man -smiled with fiendish pride, as he opened his hand, displaying a wad of tricks disguised as treats. Sandra had once been a beautiful woman; rich, brown, soft with delicate skin.  Her hair always smelled of blossoms, and her natural curves, induced lust of more than just a few of her friends’ men. But that was before she met David, a man who had never seen a good day in his life. He was happy to smile, bearing a mouthful of missing and chipped teeth. Hygiene had become foreign, and the smell emitting from his body, brought tears to the eyes of anyone who got within just a few feet. But, for the addicts with no hope, little dignity and now, like Sandra, those with no place to go, he always had the best drugs and was always willing to share his  bounty, for the flickering hope, of a little something in return. 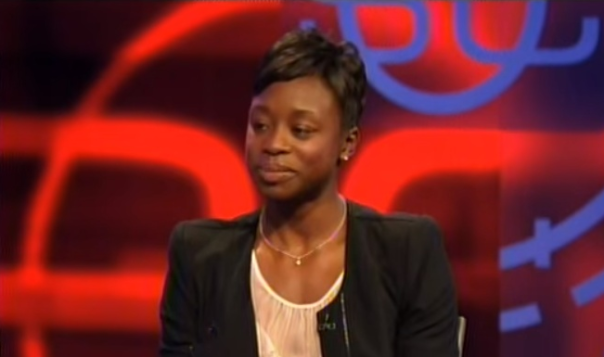 The runoff had become its own celebrity. NBC had agreed to provide coverage, Hayward Field was reopened, issuing tickets, that now where the hottest in the country. A simple footrace between two women was building toward, perhaps mythical, and certainly, a spectacle, blown way out of its proportion. But it was a window of opportunity, for Jeneba Tarmoh to make her mark. Win or lose, no longer mattered, she could ride the wave of her 15-minutes, and weave it into a pot of gold for her and her family. But the voices now inside her head, no longer whispers, but shouts, filled her soul with dread. “You are a fool!” “You can’t beat her!” “They’ll all laugh at you.”  And poor, little Jeneba Tarmoh had not the strength nor the fortitude to fight. Making the biggest mistake of her young life, she listened to the voices as truth, rather than dismissing them as internal gossip.

The real tragedy behind Jeneba’s pulling out of the race, was far sadder than the nightmares, that she will always & forever face. So few times does the window of opportunity open wide enough for us to see. So few times, do we recognize it, allowing for a chance to succeed. For Jeneba not to climb through her open window, epitomized the agony of defeat. But, the most unfortunate part of this debacle, was that the thrill of victory, was snatched from underneath her feet, due to own self-doubt and non-belief.

Sandra walked alongside of David, breathing through her mouth. The funk of his body was only overshadowed by the lust in his dreadful grin. “I don’t want it, I don’t need it”, she continued to tell the voices, even as her legs moved forward, her head continued to turn, looking back toward the safety of the women’s shelter. As they crossed the pedestrian walkway, where the streetlights were so bright, cars that passed underneath could easily see those who walked overhead. Seconds before Sandra would change her mind and run back toward her place in line, Martina Sanchez, in her 2012 black, convertible BMW 740 Li, would divert her eyes just long enough to look up toward the sky. She was her own self, biggest admirer, proud of every thing she did, and her knack of picking the right men, assured a life filled with comfort. But for Martina, being happy and fulfilled within herself, was never quite enough. She had to know, that others knew they were less fortunate. And so for her, gossip and greed were the tools – at her disposal – most used.

The radiance from her skin, and the lack of bounce from her hair, made Martina almost second guess who she just saw, and with the low-life David O’hare no less. Sandra had been reduced to rubble, Martina had seen it for herself. The gods had delivered a tasty morsel, which she would use, as if it were gold. Had she waited for just a single second more, before picking up the phone, she would have known of the lies she would spread, as Sandra Richards, had  turned and run toward safety. She would have seen David O’hare kicking dirt toward her, but making no attempt in a chase. Even he was tiring of being a cipher, and decided, this night to go it alone, keeping his misery to himself. But Martina saw none of this, her ear now buried deep inside the phone. “Hello,” said the voice on the other end of the call. Giddy and self-righteous, her rant began with these unjust words, “You know I’m not the one to gossip, but…..”.

Gossip has the capability of playing a destructive part in our everyday lives. But mostly, it is an innocent display, that usually dies a painless and trivial death. But, sometimes gossip can ruin lives. And just like envy, sloth, lust, greed and pride, it may end in the spiraling, destructive path, of the seventh sin known simply as….wrath.

written in 2014, GOSSIP is a part of thepublicblogger short story collect

(up next) Gossip: Chaos

← The Moral Compass of Making Love versus Sex for Sport
IN USA, DEMOCRACY ISOLATES; MEANWHILE, ALL THE WORLD (CUP) IN RUSSIA →