RIDING THE WAVES WITH JOHN LOCKE AND THE FOUNDING FATHERS

The Final Frontier
by Ignorant Intelligence

Ed. I – Politics
Riding the Waves with
John Locke and the Founding Fathers
by Perry Casilio, Politics and Economics

Since I grew up near the shores of Lake Ontario, I’m used to large bodies of water. As a Great Lake, Lake Ontario gives the illusion of being an ocean since it’s difficult to see across. Interestingly, when I moved to Oregon at 19, I found the mighty Pacific Ocean impressed me in the same way as Lake Ontario. One of the magical things in life is when the sun sets on a large body of water. The point where the sun and the water’s horizon meet has inspired mankind for centuries. Over the years, sunsets over both Lake Ontario and the Pacific have enchanted me.

Today, I come to the shores of the mighty Pacific and am feeling something different than usual. Instead of being caught up in reverie at the timeless aspect of water and how it connects us, I find myself reflecting on the current political struggles bedeviling mankind. As I walk into the water, with strong waves and wind creating decibels of sound, I begin muttering to myself…”why?” Why is it that mankind seems entranced with high levels of self-inflicted conflict?

Suddenly, on this sparsely inhabited Oregon beach I realize I can actually scream “why” at a high level without being heard by anyone. Much like someone singing in their car without being heard, a wry smile comes across my face as I scream “why” into the Pacific. After screaming into the ocean, I look out to see a mirage-like image of the water and sky meeting to become one. How surreal…

Although my family and fellow beachcombers are only a few hundred feet away, I feel alone with the ocean. After screaming “why” several times, I start screaming “what” into the Pacific. When I turn around again I realize that nobody is paying attention to me. Suddenly, I realize I can scream to my heart’s content without being heard. Still thinking about politics, I scream out “What Would John Locke & The Founding Fathers Think Of America Today?” I scream it several more times till exhausted. As the warm summer sun offsets the cool Oregon ocean, I take a few more steps out into the water and am suddenly engulfed by a wave that goes over my head and knocks me off my feet.

After balancing myself, I stand with the Pacific up to my neck and realize that if John Locke and The Founding Fathers could see America today, they wouldn’t be totally disenchanted. After all, the English philosopher Locke, who influenced the Founding Fathers, realized that mankind was not perfect and probably would never be. Since Locke lived through revolution in England in the 1600’s, he knew that harmony in mankind was a fragile concept. Likewise, the Founding Fathers would also realize that some of today’s political problems were understandable.

However…the more I bobbed about in the Pacific waves, the more I realized that John Locke and The Founding Fathers could be concerned with America today. What could concern them is the fact that vigorous debate of the issues has often been replaced by political adversaries merely “calling out and shouting down” their opposition in an attempt to intimidate and limit debate. As a result of this process, the concept of free speech is under assault in today’s America. Whether one attributes this to social media, the 24-7 news cycle and it’s need for controversy, or the lifting of the Fairness Doctrine for media, it goes without saying that our political noise and anger level is so high now many predict societal breakdown as a result.

Unfortunately, the concept of checks and balances that Locke and The Founding Fathers advocated is being replaced in America by the dubious concept of “the political ends justifying the means.” Therefore, sheer political noise and intimidation is being used to achieve political victories maybe more than ever before. As many remember, political victories in the past often were won mostly on the strength of ideas.

As I stared at the sun while bobbing in the Pacific, I vowed to honor Locke and The Founding Fathers by working to create a climate where the power of political ideas could come to the fore again. After I made my vow, I closed my eyes and floated on my back. After floating for several moments, the waves seemed to calm down a bit. At this point, a smile came across my face as I basked in the sun… 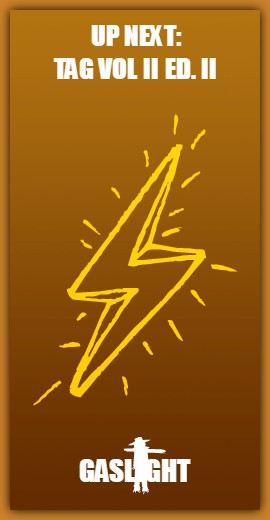