My mother didn’t raise a fool.
A psychotic, cold-hearted bitch…
But not a fool.

From 2005 – 2009, a sitcom by the precarious title of My Name is Earl aired in original episodes. Earl was a bad guy, plain and simple. But with the exception of a few flashbacks, we never saw that side of him. When the series  opened, he is hit by a car right after winning a $100,000 on a lottery ticket. His immediate change in fortune, did not simply force him to turn his life around, but he realized that for all the wrong he did, unless he made amends, karma was now out to get him. 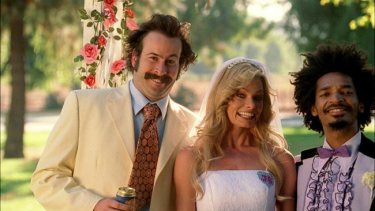 My Name is Earl

There exist a multitude of beliefs and thousands of religions. Each with their own interpretations and definitions of what is righteous and what is condemning. And while it is the differences that lead to fiery debates and full-scale war, all contain an element of karma, which plays a crucial role – what goes around comes around. So before we turn our backs on our brothers, watch an episode of Earl.

Although it may be fiction, the point is clearly made; and those who believe in its existence will tell you: karma is not just any bitch… she’s boss.

Imagine what your city will be like in 25 years, if a solution to its most pressing challenge remains unimagined. On Oct 29… imagine no more.

CITIES RD4 the quarterfinals: ‘A Mile in My Shoes’

Take a Walk with Me, and then walk A Mile in My Shoes

← TAKE A WALK WITH ME
LONELY, ALONE AND DOWN A SPIDER’S HOLE →

5 Comments on “KARMA: A BOSS BITCH”