THE CURSE OF RED KRYPTONITE: NO LONGER A MYTH

The Evil Force that Hides Amongst Us Has a Name

The only thing necessary for the triumph
of evil is for good men to do nothing.
– Edmund Burke

The Curse of Red Kryptonite
by Kendall F. Person

In 1939, a leading scientist on Planet Krypton predicted the end of days. Jor-El, his name, could only convince his beautiful wife, Lara, their world was doomed and there was nothing anyone could do. Lara had just recently given Jor-El a son, Kal-El, whom the pair, though stoic, was broken-hearted knowing that they would be unable to watch him grow. Although Kryptonians were superior to Earthlings in both strength and knowledge, even possessing the ability to fly, they were not gods, and the gods must have been angry. Rather than mourn the eminent loss of life, Jor-El and Lara would use their last days in existence to assure their son would have a chance to live. Only seconds before Krypton exploded, killing all that remained, the parents said goodbye, before securing their only child in a space transportation device, strong enough to protect him from the elements and fast enough to burst through the barrier of sound.

Kal-El was too young to understand he  would forever stand alone. But as fortune would have it, his tiny, little space ship, crashed into mother earth, landing in Smallville, Kansas, USA, with his unsuspecting new family await. The Kents were decent folk and raised Clark, son of Jor-El no more, to be decent too. A superman among men, he used his strength and powers for good.

Then came Red Kryptonite, and all bets were off. He was vile, and vicious. He stole and was always up to no good. We could have put up with all that, but when he threw his father across the room, we hated Clark Kent and we hated Kal-El too. 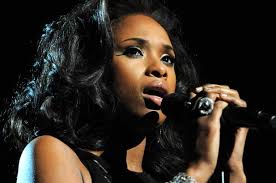 Until she took the stage opposite Hollywood’s heavyweights, Jennifer Hudson had long since been forgotten. Under a cloud of controversy, she was unceremoniously dumped from Season 3 of American Idol, back when Idol concentrated on its talent, rather than its feuding judges. Fantasia, thankfully, would go on to take the crown, dousing the appearance of racism and absence of fair, albeit diminishing Jennifer Hudson’s only claim to fame.

Years later, however, Ms. Hudson would have the last laugh. Sharing the same stage with Anika Noni Rose, Jamie Foxx and Beyonce, the American Idol reject would wage a spirited battle, and take down them all. When the war reached its crescendo and Jennifer’s voice the heavens, a star was born right before our very eyes. She swept the award season, winning an Oscar on her first try. Movie offers, record deals and a new suitor all added to the happiness of her life. We were all happy for Ms. Hudson too. She had proven through hard word and perseverance, that fairy tales do come true. But as she celebrated and honored her now wonderful life, red kryptonite, by way of William Balfour, would hijack her world and do all that it could, to try and destroy her life.

Whether the product of radioactive pieces of an exploded planet, the work of the devil or infused directly into the bloodstream at birth, red kryptonite has proven its mettle as a powerful curse. It commandeers the bad in all of us, then pounces on the good. But once we regain our senses, we understand the good is everywhere, in all of us, and will stand victorious if we show no fear. Good is stronger and faster, and will be here till the end. Less our minds lose focus, and forget once again, that the bad hides amongst us, and pretends to be our friend.

On August 3, 2012 at the London Games of the Summer Olympiad, Oscar Pistorius exploded into the world’s conscious. In less than 46 seconds, the South African with the dazzling smile and propulsion-like speed, accomplished what no other disabled person, man or woman, mentally or physically, had ever done before: soared with the wind, and ran world class, able-bodied athletes off the track. Born with no fibula in either leg, Oscar Pistorius became a double amputee at just eleven months old.  He would grow up with the mentality that life owed him nothing, and he was no different than anyone else. He competed amongst amateurs, then in 2004, his introduction to carbon-fiber blades would change his life and elevate him from obscure rugby player to international paralympic track star. He would win eight medals, six of them gold, becoming a real life hero for the disabled worldwide. But his star was still on the rise, and after a series of court battles and sports arbitrations, Oscar Pistorius got his shot in the big leagues. On that beautiful night in London, when he rounded the final bend, Oscar Pistorius became a global icon, and a superman among men. 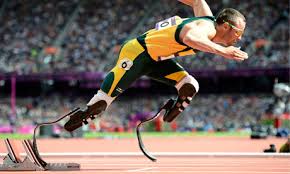 On February 14, 2012 in a star-studded community, outside of Pretoria, South Africa, a young model named Reeva Steenkamp was found dead in a pool of her own blood. Four bullets blasted through a closed door,  penetrating her body, and the Steenkamps’ would be without their dear Reeva…forever more.

Slumped beside her body, was the modern day man of steel, screaming the truth or lies about burglars and not knowing it was her.

Guilt or innocence is up in the air, but one thing we know for sure is true, the red kryptonite has taken a hold of Oscar Pistorius’ life too.

-this is… The Neighborhood

Updates: Jennifer recovered, Oscar was convicted and Superman lives on.

26 Comments on “THE CURSE OF RED KRYPTONITE: NO LONGER A MYTH”