In the late 1980s, when rap had securely established itself as a cultural icon in Black America, but just before it crossed over into a worldwide phenomenon, I attended a rap festival at The Coliseum in Oakland, California. It was the largest spectacle of rap music on one stage and the tickets would fly off the shelves. Run DMC headlined the bill, with a powerhouse supporting cast of LL Cool J, Whodini and the Timex Social Club. It was a spectacular showcase of music and one of the most memorable concerts I have ever attended.

While Run DMC held down the fort, with LL Cool J and Whodini delivering masterful performances, what I remember most is 18,000 African-American fans on their feet, grooving, swaying, trapped in the grasp of the backwards bassline of a song called ‘Paul Revere’, performed by a trio of young, white rappers, known as The Beastie Boys…who blew the roof off the coliseum.

Armed with the knowledge that many forms of American music were influenced by or outright stolen from Black musicians (Elvis Presley’s most famous song ‘ Hound Dog’ was originally recorded by Willie Mae “Big Mama” Thornton), young Black Americans were protective of rap and became even more empowered with the emergence of African conscious lyricists like X-Clan, Arrested Development and the legendary Public Enemy. Although, there was some bitterness about The Beastie Boys being credited as rap pioneers, since License to Ill would be there only rap album (and only half of the songs on that album where rap), there is no denying that their rap songs were authentic, and only a limited debate whether their emergence drew in white Americans, instantly quadrupling rap album sales.

Over a decade would pass before the arrival of Eminem, who not only had a sound that rivaled or surpassed the best rappers in the industry, he also had to wash away the memories of a string of pretenders. 3rd Bass would be an instant radio hit, but their videos became increasingly cartoonish, bordering on buffoonery. And although MC Hammer’s descent had begun, when 3rd Bass unnecessarily insulted him on video (taken out of context or not), they had crossed the line and would fade, unceremoniously, from the spotlight’s glow.

But it was the rapping, dancing sensation, Vanilla Ice who would cause the most damage to aspiring white rappers. Concocting a story of being raised in a gang-infested Dallas neighborhood, when he was actually a spoiled, rich kid from the Miami suburbs, would be the final straw. No other white rapper would be accepted until the emergence of Slim Shady.

And then there are the many aspiring white rappers, who have been unable to convert their relative underground success, even into a one hit wonder on the main stage. From Michael DeLeon to Spencer Goldsmith, from Baby G Da General to The Neighborhood favorite Keenan Rucker.

a music review brought you by The Neighborhood

bonus track Without You
by Keenan Rucker aka ke3no

← The 10 Movies that Define Our Altruistic Self
THE LOVINGS: ALL THAT MATTERED →

62 Comments on “Culture Clash: Beastie Boys, Eminem, Vanilla Ice and… a History of the White Rappers” 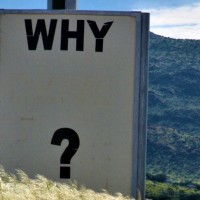