Angels are like diamonds. They can’t be made, you have to find them. Each one is unique. – Jaclyn Smith

I understand skepticism and the need to analysis each situation even when the outcome has nothing to do with us. I know why our hearts pound when we are out late at night and a stranger is coming toward us, seemingly blocking our path toward escape, unknowing the stranger’s heart is pounding the very same way. It is easily understood, the cynicism, we attach to our leaders when they represent a different ideology than what we stand for. I comprehend why we scoff when we see others pray in a fashion, that does not meet our approval, since prayers are only answered if they are conducted in a certain way, or perhaps we laugh at the entire notion of prayer, worshiping a deity that does not exist anyway.

It may be to high a hill to climb, to accept that we are all right and we are all wrong in the way we and our families and our communities and our generations perceive the gift of life. But there must exist at least one entity that is not questioned or debated or wars created. And maybe The Neighborhood reaches too far into personal space in asking the neighbors, visitors and guests to clear our minds, for a moment at least, and think of what Angels means to us individually, allowing for our fellow man & woman to embrace whatever images, the word conjures up.

In layman’s terms, a guardian angel is a person who looks after or is concerned with the welfare of another. Islam believes angels were created out of light, before man and before earth, who exist to carry out Allah’s commands. In Christianity,  angels are messengers of God, but have free will, and those who used it to rebel, were cast out of the heavens, forever marked as demons, in allegiance with Lucifer, the devil himself. Angels are spirits to practitioners of the Jewish faith, divas or shining ones in Hinduism and the Buddhist faith. Embrace your belief, but for this one moment, revel in the knowing,  that newborn babies and small children are angels to all of us.

For 13 days in October of 1962, the world was held hostage, frozen in the international glare of a psychological warfare, by the world’s then only two superpowers – the Union of Soviet Socialist Republic and the United States of America, in a mutually destructive game, formally known as the Cuban Missile Crisis. Nuclear missiles placed in Turkey and Italy, too close for the Kremlin’s comfort, so construction began for the same in Cuba, just 70 miles off shore, testing Washington’s nerve.

Two men, President John F. Kennedy and  Premier Nikita Khrushchev, leaders of their respective states, possessing absolute power, hands on the buttons, who would blink first. Stable heads would enter the fray, negotiations for a peaceful solution would soon be underway. A test of wills, a blockade put in place, the world held its collective breath, mesmerized and freighted, both the same, as they watched a-no-winner-at-all spectacle play itself out. A pounding of the chest? A diabolical legacy wish? The Soviets would test the waters, blasting  a U2 aircraft out of the sky. A decision to not retaliate by President Kennedy would be made. A ringing sigh of relief, like the shot heard around the world. The following day, an agreement was reached, sparing both nations and millions of innocent people, from a self-destruction by flames. 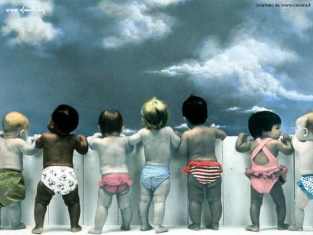 Angels. Did they whisper in their ears? Did they heed the wisdom of voices from their inner circles, acting as guardians of peace?  Or in a photo, or out the window, or within their minds, did an image of their own child appear; did they see the smiles of children and reckon or reasoned, “Angels”. So if only for this moment, can we all believe….. it was Angels that chose peace. 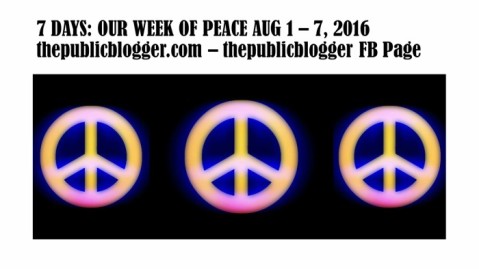